Your Favorite Book and Movie Scenes Reimagined with LEGO

The tiny, unchanging LEGO brick has been used as a tool for educational activities as well as a medium for recreating globally recognized architecture. Fans of pop culture phenomenon, such as Harry Potter and Star Wars, have also used LEGO to recreate and reimagine scenes from fictional worlds. While LEGO sells themed kits that allow consumers to follow directions for building the Millennium Falcon, Hagrid’s hut, and the Hogwarts castle, LEGO enthusiasts have used hundreds of thousands of bricks to build models that you won’t find in stores.

Seattle based builder, Alice Finch, recreated the Hogwarts School of Witchcraft and Wizardry using 400,000 LEGO bricks. Alice’s creation doesn’t stop at the exterior of Hogwarts. She re-imagines the interior as well, including hallways, classrooms, and dormitories. These images and more can be viewed on Alice’s Flickr account. The Lord of the Rings

Finch later teamed up with David Frank to recreate J.R.R. Tolkien’s Rivendell. The pair relied heavily on descriptions from the Lord of the Rings book series to complete their 200,000 brick model. Lord of the Rings fans will also appreciate this Helm’s Deep LEGO creation assembled by super fans Rich-K & Big J. While their model does not use as many bricks as Rivendell or the Hogwarts castle, it does feature 1,700 mini-figures. 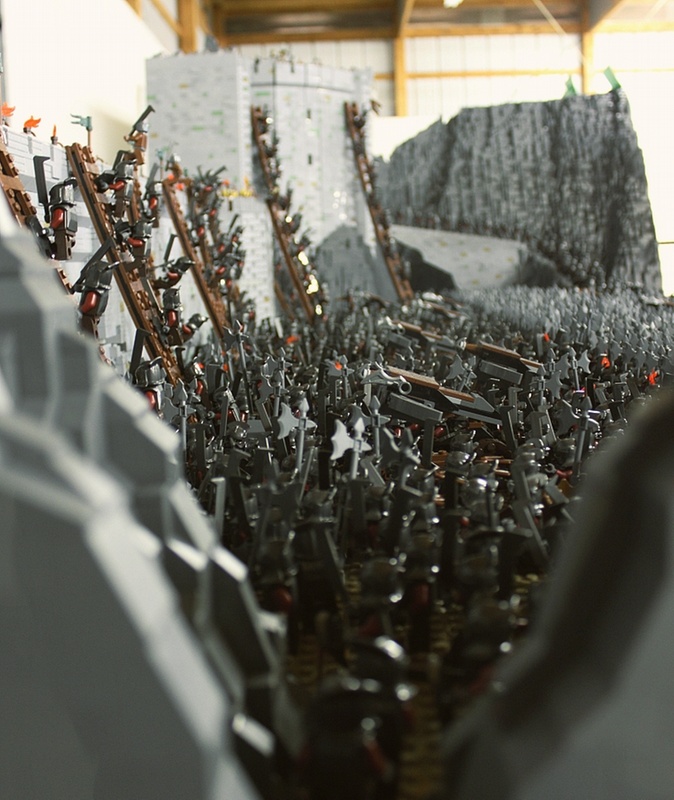 According to The LEGO Group, “LEGO Star Wars is the original and most successful licensed product collection in The LEGO Group’s history and remains among the best-selling global toy lines.” The most impressive Star Wars LEGO creation, and world’s largest LEGO model, can even be found on store shelves. Sort of. The world’s largest LEGO model is a 1:1 replica of the LEGO Star Wars X-Wing Starfighter, built using over five million LEGO bricks. Have these architects and the worlds they recreated inspired you to build something? Share your favorite LEGO creations in the comments below and check out other fun LEGO inspiration, resources, and activities here.