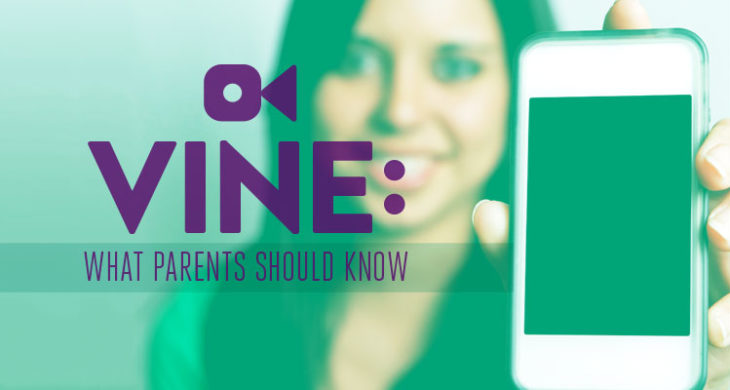 Have you heard of Vine? Recently this little video app has taken the social media world by storm, building a huge user base in just a few short months. Like other cutting-edge social media platforms, it’s increasingly popular with teens. One (admittedly unscientific) estimate found that 80% of users creating videos on Vine were teenagers.

The ease of creating and sharing videos on Vine is appealing, but the app has its drawbacks, including privacy concerns that parents need to be aware of. Read on to learn more about this super popular app, and what you need to know to keep your kids safe.

Vine is a micro-video app, available for iOS and Android devices. Videos are just six seconds long and replay in a continuous loop. The results, from funny clips to impressive stop motion animation, can be fun, entertaining, and beautiful.

The app, which is owned by Twitter, has already amassed 13 million iOS users since launching in January of this year. Earlier this month, it was released for Android and in just one short week, hit the top of several app store charts. Already, the number of Vine posts on Twitter has surpassed that of photo-sharing app Instagram, which has been around for a lot longer. In short, it’s really popular and if your kids aren’t using it yet, they likely soon will be.

It’s fun! Vine videos can be funny, with many comedians finding an audience on the network. Or they can be one more way of showing the world what you’re seeing or doing, beyond snapping a quick photo, as these 25 Vine travel videos show. Even the White House is active on Vine!

Is there any educational value to it?

Twitter has become a very popular educational resource, with thousands of teachers using it to connect with other educators and with students and parents. It remains to be seen whether some creative teachers will figure out a way to use Vine for educational purposes too. The ease of setting up and using Vine certainly makes it an appealing tool.

General Electric’s #sixsecondscience series (see here and here) might be one way Vine could be used in the classroom. Students and teachers could create their own animations or videos to explain a concept or show a sequence, much like GE did. Since Vines are shared via Twitter, students in online schools would find it just as easy to share their creations with teachers and classmates as those in brick and mortar schools.

Still, Vine doesn’t appear to have much of an educational community yet, although some educators have considered the possibilities.

Should I let my kids use it?

Vine is an app that is open to the world, so R-rated content can (and does) appear in the stream. This is true of any social network or app, including Facebook, Twitter, Snapchat, Tumblr, and Instagram. Unlike these networks however, Vine has no privacy settings whatsoever. There are no private Vine profiles, and any content posted is visible to everyone. Twitter says that future versions will include visibility settings, but so far that functionality doesn’t exist.

Vine is rated 17+ on the Apple app store and “medium maturity” on Google Play. However, there is no system in place to verify a user’s age, so anyone can download it. Because of the ease of finding inappropriate content, and the inability to control who sees users’ profiles and videos, this is not an app for young kids. Concerned parents can use the parental control settings on their kids’ devices to prevent them from downloading the app.

That said, older teens who love making videos will likely enjoy using Vine and may already be active on it. However, parents should definitely still talk with their kids about appropriate online behavior, and make sure kids understand what kind of content is OK to post and what is not. Kids should also know to come to an adult if they see something that disturbs them. Review our tips for keeping kids safe online and decide what’s right for your family. Gaming and Apps Transforming the Way We Learn: Why Minecraft is an…