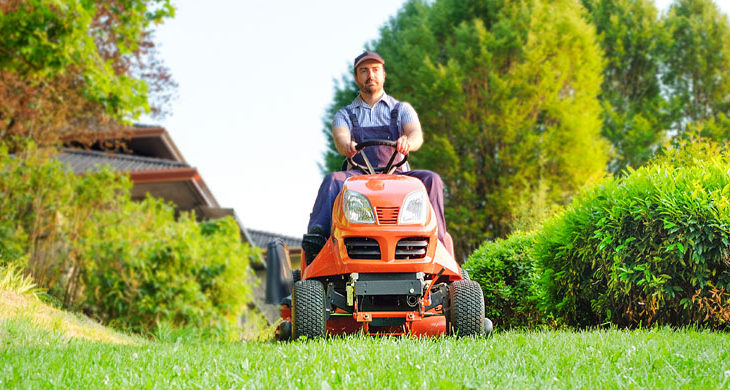 6 Signs You May Be a Lawnmower Parent

Most parents want what is best for their children and will do whatever it takes to give them the most opportunities to become successful in their adult lives. But not everyone agrees about the best ways to raise high-achieving and healthy kids.

You’re probably familiar with the “helicopter parent” who tries to protect their child by providing constant supervision. And then there’s the “tiger moms” who put their children in several carefully chosen activities, such as violin or piano, and are generally strict about practice and levels of achievement. But another model of raising high-achieving kids has emerged: the lawnmower parent. Here’s how to tell if you are a lawnmower parent and what the experts say about this parenting style.

What Is a Lawnmower Parent?

What Are the Signs of Lawnmower Parenting?

Lawnmower parents may recognize some of these traits and actions in themselves:

They hand-select their children’s play dates, even from an early age. Lawnmower parents believe that the quality of their child’s friends has a great influence on how their kids develop. Friendships will be directed according to the parents’ beliefs about the suitability of the other child.

Lawnmower parents often do the talking for their kids so they won’t have to face difficult conversations or situations. They may call a teacher to contest a grade or ask the coach for more playtime on behalf of their child.

Lawnmower parents do whatever they can to ensure their child will get into a good college. Whether it’s arguing with teachers over why their child deserves a better grade or networking to get letters of recommendation, the lawnmower parent works on the child’s behalf.

The duties of a lawnmower parent don’t end when the child gets into a good college. Many such parents even continue to intervene when the child joins the workforce. These parents may call the child’s bosses to ask why they didn’t receive a promotion or to advocate for a higher salary.

What Do the Experts Say About Lawnmower Parenting?

Even though it seems innocent and well-intentioned for parents to pave a clear path for their kids and prevent them from struggling or failing, lawnmower parenting can have drawbacks. Experts say that such over-protective parenting can cause anxiety in their children. Kids develop a sense of confidence and competence by facing challenges and overcoming them. The other unintended outcome of lawnmower parenting is that it can make kids feel entitled or overconfident. Children whose parents are so invested in their lives can start to feel like the world revolves around them.

“As a lawnmower parent you do everything you possibly can so your child doesn’t have to even think for themselves, and that sets them up for a real failure in life when they become adults,” says Dr. John Huber, Chairman of Mainstream Mental Health.

Experts tend to approve of a middle-of-the-road approach which is nurturing and encouraging, while also allowing kids to learn from their own mistakes. The goal is to let kids explore new challenges in an environment that lets them fail but sets them up to succeed.

6 Signs You May Be a Lawnmower Parent Family Activities Should You Let Your Child Win at Family Games?