How Zach Bonner Is Changing the World

Zach Bonner has literally changed the world one step at a time. He wanted to help the victims of Hurricane Charley where he lived, near Tampa Bay, Florida, so he pulled his red wagon around his neighborhood, asking for donations. From food and water to clothes and blankets, he collected 27 truckloads of household goods that would help those who lost their home in the storm. In the beginning, his generosity may have seemed small, but the people around him were inspired. In 2005, Zack formed the Little Red Wagon Foundation, a philanthropic organization dedicated to helping homeless children.

Since the Little Red Wagon Foundation was founded, Zach has continued to raise awareness for homelessness through walking: 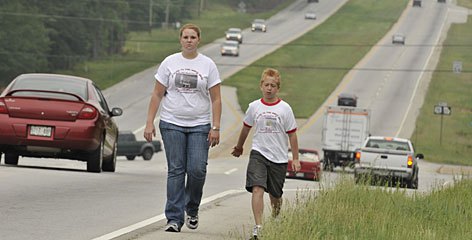 What Zach Bonner has taught us:

Each step that Zach takes is one step closer to the change he wants to see in the world. From his series of epic walks, to spending a week in a 512 cubic feet plexiglass box to recreate a homeless person’s lodgings, he makes every step count. Zach Bonner has taught us that although “Most people don’t walk a thousand miles, or 2,500, but… we all need to take that first step to get something big done.”

Have Zach Bonner’s steps towards change inspired you? Have you raised awareness for a cause that you are passionate about? Share in the comments below, and, if you haven’t already, take your first step towards change.

How Zach Bonner Is Changing the World Inspiration How Julia Bluhm Is Changing the World Inspiration How Mo’ne Davis Is Changing the World
0