The fresh perspective and energy of young hearts and minds has often led to inventions and efforts that have changed the world. This is one in a series of articles profiling people who have done just that before their 18th birthday. Our hope is that they will remind you that because of continual progress in education and technology, today’s teens have amazing power and potential to make our lives better in so many ways.

Malala Yousafzai is changing the world in inspiring ways. Born on July 12, 1997, in Mingora, Pakistan, Malala eventually attended a school that her father had founded. Her hometown soon became a target of the Taliban, which, in attempts to take control of the town, began attacking schools for girls. These attacks prompted Malala’s 2008 speech titled, “How dare the Taliban take away my basic right to education?” Malala quickly became a target of the Taliban and in 2012 was nearly killed by a gun shot wound to the head. Malala has survived gunfire, fear, and oppression to become one of the most well-known teenagers in the world.

Though her convictions almost cost her her life, Malala continues to be an advocate for world-wide access to education. What Malala has taught us: 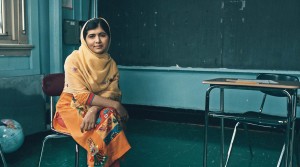 While Malala’s accomplishments and influence may seem intimidating, her activism started by her perseverance of what she considered to be an inherent right. U.N. Secretary-General, Ban Ki-moon, described her as “a brave and gentle advocate of peace who through the simple act of going to school became a global teacher.”

Have the ways in which Malala Yousafzai is changing the world inspired you? Do you have a cause that has stemmed from what you believe to be a basic human right? Share in the comments below, and be inspired by Malala’s unwavering courage, persistence, and love for humankind. Inspiration How Erik Finman is Changing the World