Elite performers and athletes in school discover that online learning is the solution for meeting both their academic and professional goals. K12 provides the ability to study while practicing, hundreds— even thousands—of miles from home. That flexibility of schedule presents opportunities that traditional schools simply can’t match.

“Doing all that traveling would be very difficult at a ‘regular’ school that was not over-the-top flexible,” says Tom Aney, whose daughter Jessie is a nationally ranked tennis player.

“It’s pretty common for tennis players at her level to take online schooling,” notes her dad. “[With MNVA] she was able to get all her work done in a reasonable time.”

Read on for more examples of how online learning makes a difference for these students and their families. Arielle Gold, 19, climbed four places in the latest World Snowboard Tour rankings. One of the top three women in the U.S., it took a shoulder injury to prevent her from realizing her dream of competing for a gold medal in the halfpipe at the 2014 Winter Olympics in Sochi. On her way to a spot on the Olympic team, she graduated from Insight School of Colorado, providing her time for the four hours a day of practice necessary to hone her world-class skills.

“Online school allows me to spend more time on the mountain in the early morning, when the conditions are better, and do school at nighttime or on (bad) weather days,” Gold says. “It also helps a lot for traveling because I can easily take my school with me, and all I need to bring is my computer.”

Spotlight Story: Dancing Up a Storm

Aspiring ballerina Mckenzie Mullan’s online studies through George Washington University Online High School have helped facilitate her pursuit of a dancing career in the Big Apple. “It is because of GWUOHS that I could train [and] . . . still have the opportunity to attend such a selective university like NYU,” she says.

A fourth-generation surfer, Laird Myers was only eight when he began competing. With his eyes set on a pro-surfing career, the multiple-time winner of the East Coast Surfing Championships enrolled at Virginia Virtual Academy to facilitate his future in the surf. 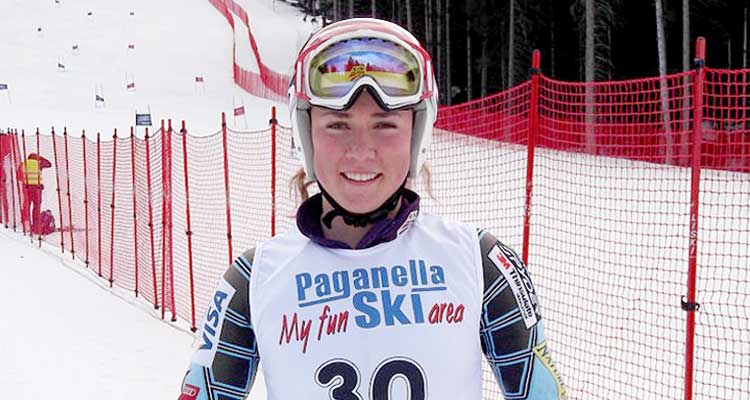 At 18, skier Mikaela Shiffrin won the women’s World Cup slalom, becoming the youngest world champion in U.S. ski history (male or female) and the first American to win that event since 1984. Months later, she graduated high school from Burke Mountain Academy in Vermont. Read how Eliza and Lilly Postlethwait, nationally-ranked roller figure skaters, stay on top of schoolwork despite practicing three hours a day and traveling to competitions.

Elite Performers and Athletes in School Use Online…