The American Civil War was one of the most trying times in our county’s history. Political unrest in the country and the election of Abraham Lincoln, who pledged to prohibit slavery in new territories, led to 7 of the then 34 states declaring independence from the United States. These states, which largely depended on slavery for their economy, made up the Confederacy. When the Confederate army opened fire on federal troops to secure Fort Sumter in South Carolina, President Lincoln took steps to “suppress the insurrection.” This led to four more states joining the Confederacy and is considered the beginning of the Civil War. Slavery was abolished during Lincoln’s second term. The war lasted four years from 1861 until 1865 and pitted states, countrymen, and families against each other.

This was certainly a tragic time for the United States, and no other war since has been more costly in terms of lives lost. The war also defined the nation. After the war, America entered what is known as the Reconstruction Era. It involved not only the reconstruction of infrastructure after the destructive war, but also that of a people and a government. As Abraham Lincoln said in his Gettysburg Address, America would be brought into a “new birth of freedom” with the end of slavery.

Learning about this period is a critical piece in U.S. history and, fortunately, there are plenty of opportunities to do so. There are more than 1,400 monuments dedicated to the men and women who served during the Civil War and the National Park Service has a database cataloging them all.

While most of the country is familiar with the more popular battles that took place in Gettysburg, Atlanta, and Fort Sumter, many are unaware that battles took place in 25 states going as far west as New Mexico. Aside from battlefields, there were also forts and are monuments dedicated to the men and women in almost every state, including Hawaii. 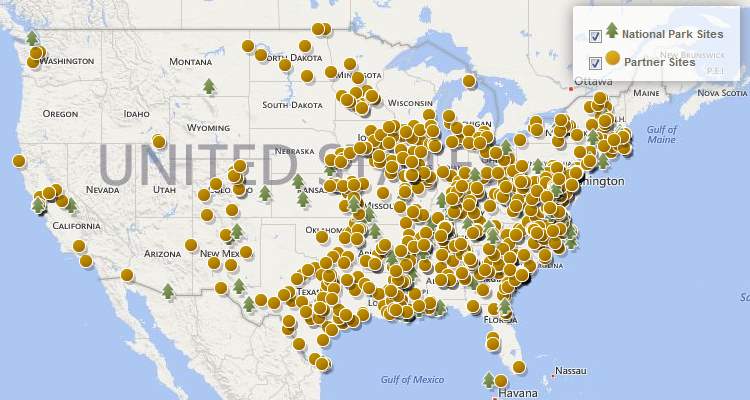 Two brothers go to a Civil War museum, where they find a door that allows them to travel to real life Antietam.

The Girls of Gettysburg

Follows three girls with three distinct backgrounds. A Union girl unaccustomed to hard living or the war, a Confederate girl willing to disguise herself as a boy to join the fight, and a freed slave girl faced with the decision to flee.

This fictional book follows the Western Campaign of the war and tells a story from both the Union and Confederate side.

A story that follows a family living in Georgia near the end of the Civil War and into the Reconstruction Era. The story mirrors what many families had to go through in the South post-Civil War.

Below are some questions to think about before you visit a battlefield: Family Activities Get in Gear for Spring Books and the Arts Meaning and Magic: Holiday and Winter Activities
0