10 Helpful Life Lessons You Can Learn From Your Pet

One look into their furry little faces and most people are smitten. There is something about dogs, cats, and other four-legged companions that give kids a sense of security and provide a calming presence to adults. But beyond the many benefits of having a pet, these domesticated animals also exemplify a certain wisdom that we mere humans might do well to take notice of.

Here are 10 life lessons that the fluffy creature sleeping on your couch is trying to teach you:

1. Don’t Worry What Others Think of You 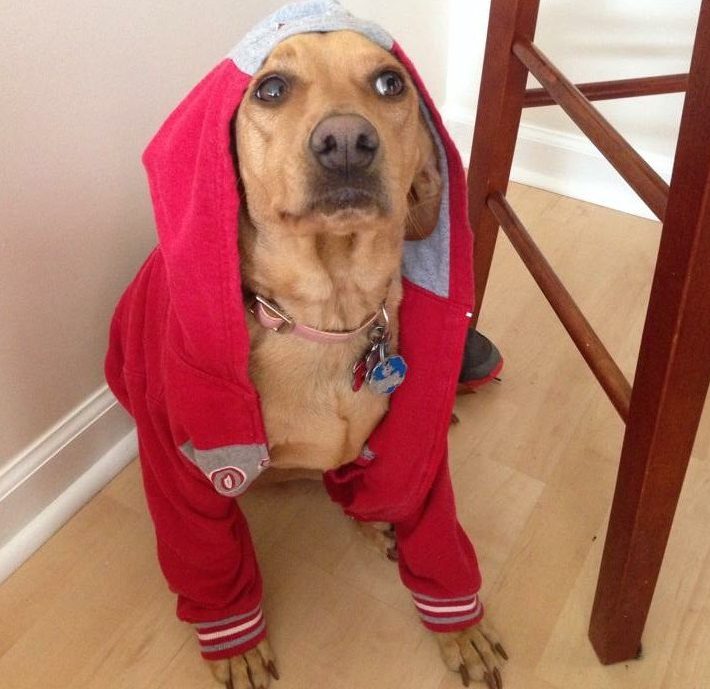 My cat will squeeze into a box that is three times smaller than he is (see photo under lesson #3) with the same grace and confidence he exudes when perched on the tallest shelf in the house. He has no apparent concern for how others will perceive him—doesn’t even wonder if they like him. He has a confidence in his own abilities that is not diminished by other cats or the humans he may interact with. It’s a lesson that is especially hard for children to learn, as they field judgmental jabs from their peers, correction from their parents and teachers, and even hurtful social media shaming. People would find life much easier if their self-esteem and confidence came from within and was not shaped by the opinion of others.

Of course, not worrying about what others think of you does not come as easily to humans as it does to cats. Experts suggest that you try to focus on others rather than on how you are being perceived, consider the source of criticism, and remember to focus on your strengths. Not everyone has to be your fan.

2. Live in the Moment Animals practiced mindfulness long before it became popular in the human sector. Though they certainly experience fear and trepidation at times, any anxiety is based on the circumstances in the moment. They rarely think or worry about the future. Pets tend to trust that their needs will be provided for on an ongoing basis. While not preparing for the future is not as practical for people, living in the moment is a helpful practice. Worrying about the future is not productive and undermines the present moment. As Mark Twain is quoted as saying, “I have been through some terrible things in my life, some of which actually happened.” Be like your pets and enjoy the moment, you can deal with tomorrow . . . tomorrow! Pets don’t have the advantage of higher education. Other than a few house rules they may have learned, animals must rely on their own instincts to survive. It’s true that they may not always make the best decisions, such as when cats flee a room for no reason or dogs bark furiously at the mailman. But they are following their own intuition and behaving naturally. While logic, research, and examination are all factors in making good decisions, experts say that acting on your instincts can also be very effective. “Trusting your gut is trusting the collection of all your subconscious experiences,” explains therapist and professor Melody Wilding. You may not even be aware of the learned insights you have within your subconscious that influence your decisions. So don’t be too quick to disregard your initial reaction to a given situation. It’s easy to talk to a dog or a cat. They usually look you in the eyes and rarely interrupt—and they never look down at their phone in the middle of a conversation. While it can be so tempting to jump in with opinions or to be thinking of what you’ll say next, active listening is more effective. The next time you’re in a conversation with a friend or family member, picture your beloved dog and emulate his listening habits. Take note of what your fellow human is saying, but also watch his body language for clues on how he feels about the topic. Dogs pick up on subtle changes in the way we speak by paying close attention. And dogs don’t judge, offer unsolicited advice, or interrupt. They simply listen for as long as the person wants to talk. How might your relationships be improved if you did the same? Jeff Lazarus, author of Listen Like a Dog: And Make Your Mark on the World suggests we simply “stop talking” and start listening. Cats unapologetically sleep from 12 to 16 hours a day. Maybe that’s a bit much for most people, but when cats are awake they are alert and fully present. There is simple but profound wisdom in getting the necessary amount of sleep so you can be your best during the day. Cats and dogs listen to their bodies and get the rest they need when they need it. People, however, have a tendency to make sleep a low priority, relying on coffee or sodas to get them through the day. Unfortunately, such behavior is not productive and can even be dangerous. After Arianna Huffington, co-founder and editor-in-chief of The Huffington Post, fainted at her desk from exhaustion, she began a study on the importance of sleep. In her latest book, The Sleep Revolution, she maintains that there is a sleep deprivation crisis in America and it affects people’s health, work life, and relationships. “It’s not a trade-off between success and sleep,” Huffington told Oprah in a 2016 interview. “Science shows that sleep is a performance-enhancement tool.” So be like your cat and curl up for a nap! Dogs love to play. Whether it’s just running in circles, fetching, wrestling with other dogs, or playing tug-of-war, they play just for the fun of it. Maybe they know that play makes them happier. Studies show that dogs who don’t get enough playtime may suffer from behavior problems such as aggression and whining. Playtime is equally important for children. In fact, it is recognized as a human right by the United Nations High Commission for Human Rights. According to a clinical report by the American Academy of Pediatrics, “Play is essential to development because it contributes to the cognitive, physical, social, and emotional well-being of children and youth. Play also offers an ideal opportunity for parents to engage fully with their children.” Don’t let an overcrowded family schedule keep you and your children from enjoying some simple play—make it a daily priority! Animals have a natural curiosity that helps them learn important life skills. As a general rule, young kids are equally curious but then often lose their curious nature as the stresses and demands of adult life take over. Experts say that curiosity can improve intelligence, relationships, and even happiness! Staying curious will lead to learning new things, meeting new people, and gaining new experiences, and all that can influence whether a person is enjoying life. And some argue that a person’s curiosity quotient (CQ) is as essential for success as IQ. As Albert Einstein advised, “The important thing is not to stop questioning. Curiosity has its own reason for existing.” So take a cue from your dog or cat—they are always curious about what you are doing, who walked by the house, what is on your dinner plate, and what kind of stuffing is inside that pillow! Some people have been known to hold on to a grudge or feelings of resentment for years, refusing to forgive the people who injured them. While it may seem justified, such behavior is not healthy. Health experts say that being forgiving actually lowers blood pressure, anxiety, and depression, and can improve self-esteem. It may help to remember that forgiveness does not mean you have to minimize, negate, or even forget the behavior or harm that it caused you. Some studies suggest that animals engage in reconciliation and peacemaking after incidents of aggression with each other and even after being abused or mistreated. Specifically, a study of red-necked wallabies found that they seem to make up with each other after small fights by grooming and playing together. Pet owners can confirm that animals will put up with a lot and continue to display love and loyalty to their “people.” Their inclination toward forgiveness is likely not an effort to be virtuous but an instinct that life is better when people and animals just get along with each other. Dogs have a way of finding the good in most situations. The weather may be sweltering or stormy, but a dog will usually still be happy to take a walk with his favorite person. A cat will discover a sliver of sunlight in an otherwise dark room and roll over to enjoy an indulgent sunbath. Animals find ways to accept and make the best of their surroundings. They don’t dwell on the negative aspects of their lives. (Of course, all animals feel pain, sadness, and other negative emotions—something all pet owners should be mindful of.) People, however, have a tendency to allow negativity to cloud their outlook and so they become depressed and discouraged. Thinking positively lowers stress and improves physical health. Observing your pet may not only lift your mood but also teach you to foster a positive attitude. Cats and dogs offer unconditional love to their owners, which is one reason they are such popular pets. Cats don’t evaluate a person’s intellect or beauty before curling up on his/her lap. Dogs enthusiastically greet all visitors, regardless of their race, gender, or career status. Animals don’t understand labels; they simply respond to kindness. We humans would do well to learn this trait and learn not to judge others based on outward appearances or preconceived biases.

The benefits pets offer to adults and to children are numerous, including reducing stress and improving health. And now you can add imparting wise life lessons to those lists of benefits!

10 Helpful Life Lessons You Can Learn From Your Pe…